What happens to stocks when interest rates rise? A historical pattern gives us a clue 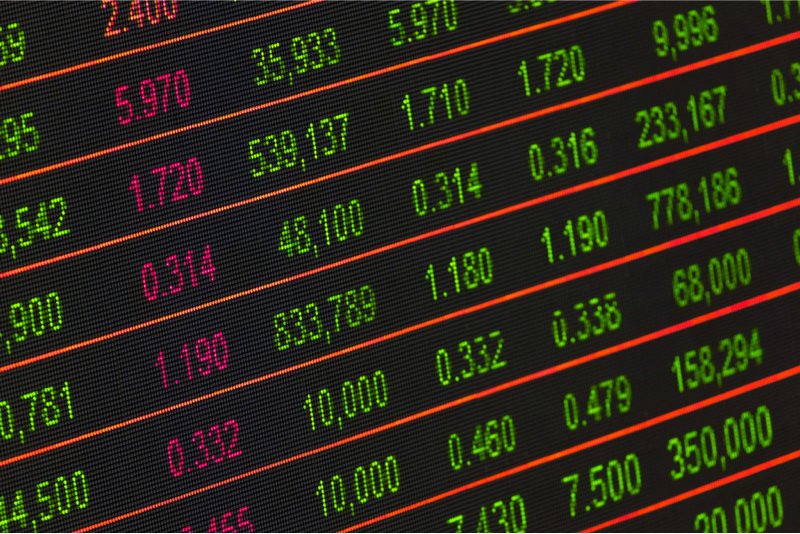 Like today, in 1979 the perception was that inflation was out of control.  The hapless administration of G. William Miller at the Federal Reserve had left its reputation for control of the purchasing power of the US Dollar in tatters.  Every time Miller would have the Fed increase interest rates (gradually, so as not to trigger a recession), the inflation rate would go higher.  Tourists going to Europe that summer were shocked to find that their American money was not wanted, such was the degree of fear in the inflation rate of the US being out of control.  The domestic currency was treated as in the category of a banana republic.

In order to shore up the credibility of the Fed, then President Jimmy Carter appointed Paul Volcker as chairman of the Federal Reserve.  Volcker immediately abandoned his predecessor’s policy of “gradualism” in raising interest rates to have them go up by leaps to get ahead of inflation.  At one point the prime rate charged by banks to their best clients briefly reached 22 percent.  Such high interest rates effectively halted the inflation mindset that was gripping the country by making speculation in assets so expensive people did not buy beyond what they did not need.  While everyone was in agreement that interest rates would decline, no one knew when or by how much.

Today the country is in the grip of a similar sense of inflationary fever.  The events of the past thirteen years, when the Federal Reserve willingly and deliberately set interest rates below the inflation rate, brought a decade of prosperity at the expense of savers, who have received a pittance for their savings.  These meager returns on cash and equivalents drove millions of investors into the stock market who otherwise would not have.  It also provided the kindling for the current inflation fire the Fed is trying to put out.

Jerome Powell, in his eight-minute speech at Jackson Hole, Wyoming last Friday, put the world on notice that business as usual would change.  Exactly how much would depend on the inflation rate going into 2023, but it appears the Fed will again use the inflation rate to benchmark the interest rate.   This has not been done for quite some time.

The instruments for raising interest rates will be both the interest rate set by the Federal Reserve to charge banks for funds as well as the liquidation of the Federal Reserves’ bond portfolio which now totals almost $9 trillion.  The vast majority of the portfolio’s holdings are government bonds and mortgage pass-through certificates.  By letting the interest and principal payments not be reinvested, it is estimated that the portfolio can be reduced by $200 billion per quarter.  The effect of not reinvesting the cash flows will be a contraction in the nation’s money supply. A branch of economics once headed by Milton Friedman believes that inflation is the result of too much money in circulation.  This branch of economics, called monetarism, believes that inflation follows the direction of the amount money in circulation with a thirteen-month lag.  If this is true, then inflation should begin to decline materially by next year.

The effect on investments from higher interest rates will likely be profound.  If money market fund rates were to return to the range of four to five percent, a significant source of public demand for stocks will be diverted to a safer and less volatile venue.  Such a rate would put pressure on banks to increase their loan rates to compensate for the rising interest rates on deposits.  All risk assets would be impacted, especially those which need low interest rates to generate returns.  Less liquid investments like private equity and venture capital will be under renewed scrutiny given a higher risk-free benchmark.

Cash returns will likely become more prominent in investor’s thinking. This would adversely impact firms that need capital to expand and have no track record for repayment.   An inability to generate cash returns will be less tolerated.

Finally, this higher interest rate environment will impact the largest creditor of all, the US Government.  It is estimated that every one percent increase in interest eventually costs the Federal Budget $300 billion a year in higher outflows.  Lots of changes to go around.

How does inflation effect businesses?

So far, the economic data has largely not felt the impact of higher interest rates.  Increases thus far have been less that the inflation rate, being of little account.

That is likely about to change.  Cyclical industries like housing and transportation are experiencing sharp contractions in demand.  Buyers are cancelling housing contracts, even if this means walking away from deposits, for fear of overpaying after the recent runup in prices.

Computer semiconductor chips have gone from shortage to surplus for many applications. Retailers are grappling with ballooning inventory that needs to be moved before becoming stale.

Causes and effects of inflation

Inflation for the past several months has been the product of supply chain disruptions caused chiefly by the lockdowns in China. Energy inflation from the war in Ukraine. Domestic stimulus from the administration’s efforts to prevent the country from stalling out during our own Covid lockdown.

Of these three factors, only domestic stimulus has been eliminated going forward.  Energy demand, especially for natural gas, is focused to be higher going forward.  China has yet to formally change its Covid policy of disrupting entire cities and regions to prevent its spread. 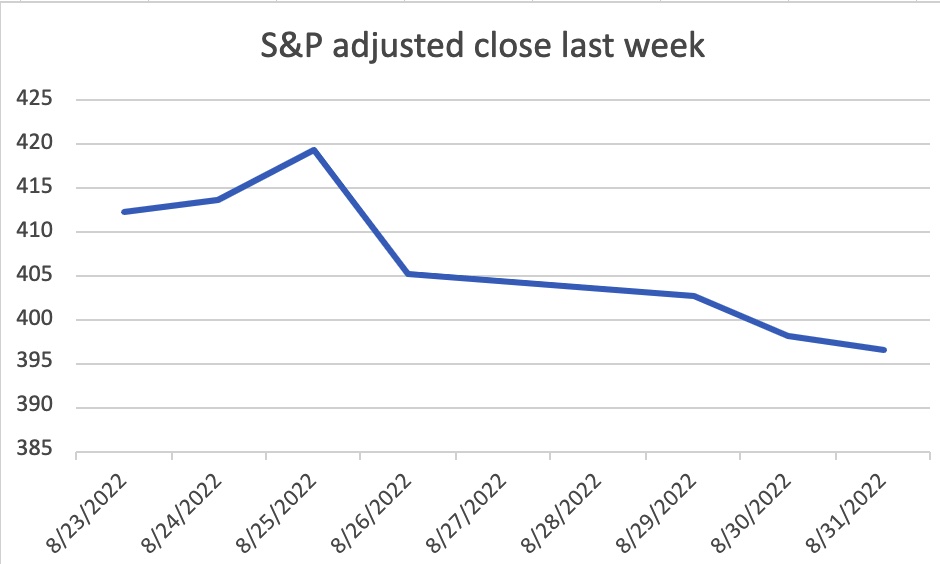 A higher inflation environment will put growth stocks under even more pressure, which is to say their declines since last summer are set to accelerate.

The sharp correction of last Friday will probably have further to go.  Out of it shall come a new upturn based on cash returns and the ability to increase dividends going forward.

Energy, especially natural gas, has been a bright spot.  Pharmaceuticals have also been strong, with firms with specific strategies being the eventual winners.

The chief question for investors is whether current holdings should be held to the next market upturn, added to, or eliminated.  Bear in mind that fewer than one in five leaders of a given market survive to lead the next strong market.  Those invested in packaged products like index funds in effect have the market making their investment decisions for them.